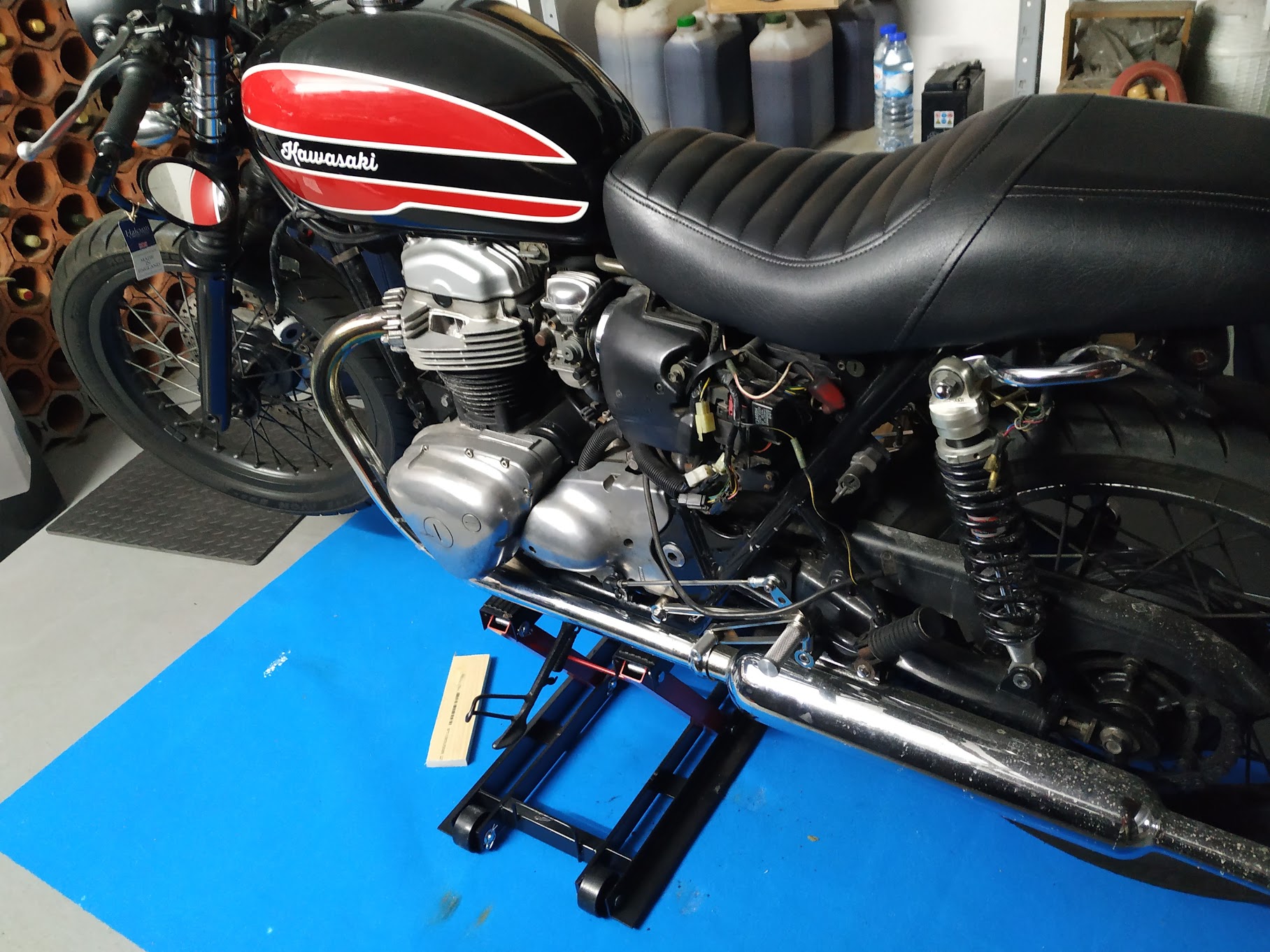 After three months of covid based waiting, I finally had two hours to dedicate to my daisy.

As some of the missing parts will be received tomorrow (I hope), I needed to prepare the working place. It was time to raise the motorcycle using my new elevator. But even this wasn’t simple.

The lowest part of the W650 is the exhaust, and a transversal elevator is not usable as would force Daisy to apply all her weight on this metallic part. So I had to make some “adaptors” to make the elevator work.

First, as expected, I removed the central stand. It would prevent me from using the elevator, but, as seen in previous post, it would make the rearsets unusable, as the gear shift lands exactly on it.

After its removal, the elevator can be applied, directly on the supports.

It shouldn’t be like that… probably will add some additional support there. It is supposed to be able to hold the bike on the central stand… but even so… better safe than sorry.

For the front part it was even more difficult.

The front part of the frame is not parallel, and in the middle of it, the bottom of the engine pan is even protruding, so a transversal arm could not be used.

After toying with a lot of possibilities, I decided to keep it simple. Used a wood adapter, with three layered parts, where the the one that touches the bike is composed of two separate parts.

This build has been a constant challenge. “It should be simple” is my life’s mantra, but it seems that it does not apply here.

If all is ok, it is time to disassemble all and do the final re-assembling.